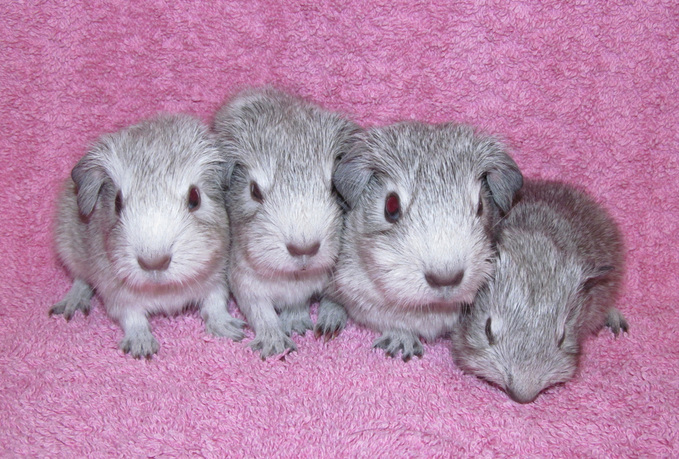 Unfortunately I lost one of the tiny ones the next day! :(

These 2 sows are from Morina's litter, but I put them in with Morgana and her 2 cream boars and they are getting on really well. 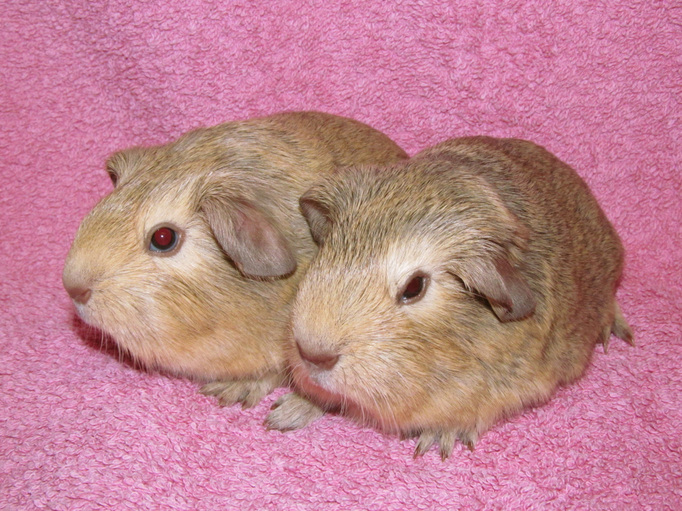 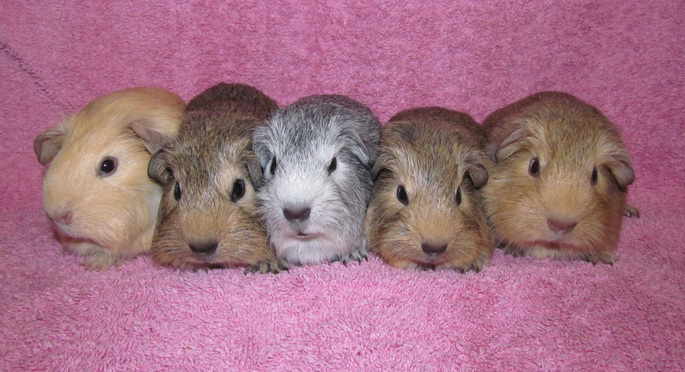 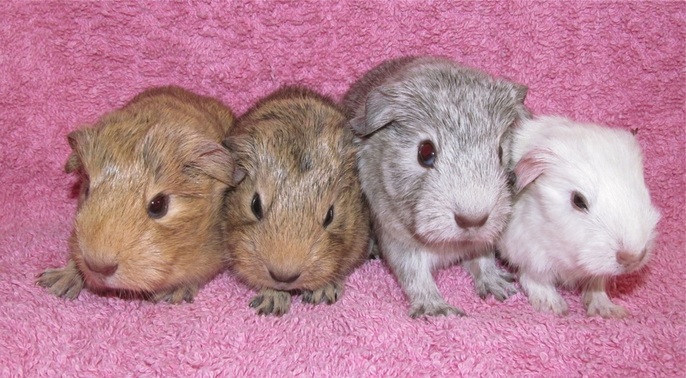 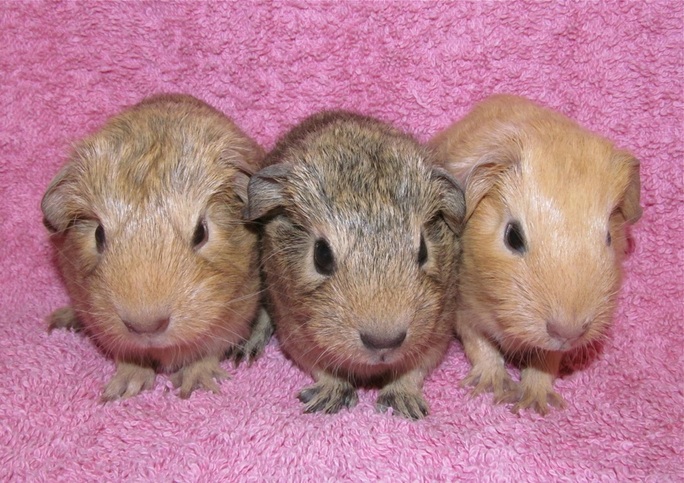 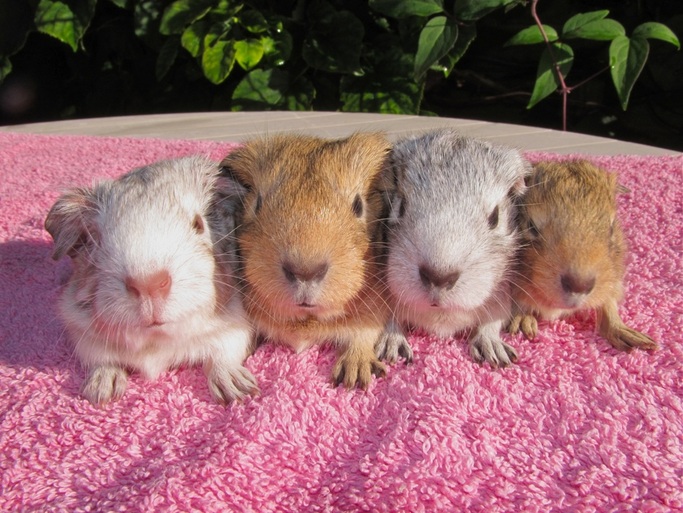 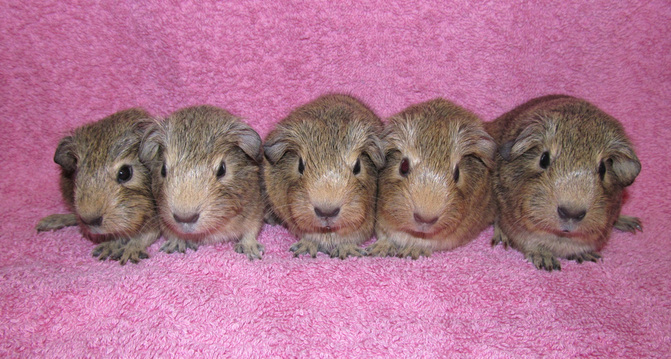 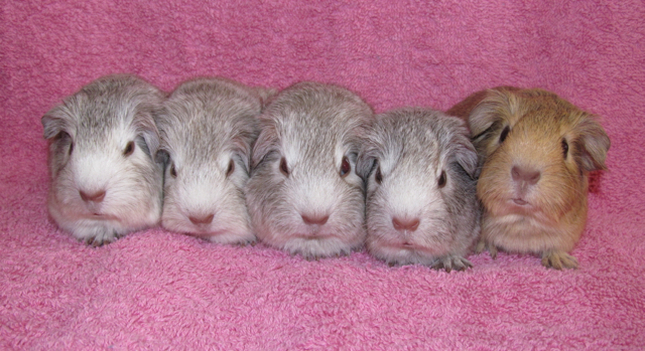 Litter from Morina and Smokey:  Born 13th May 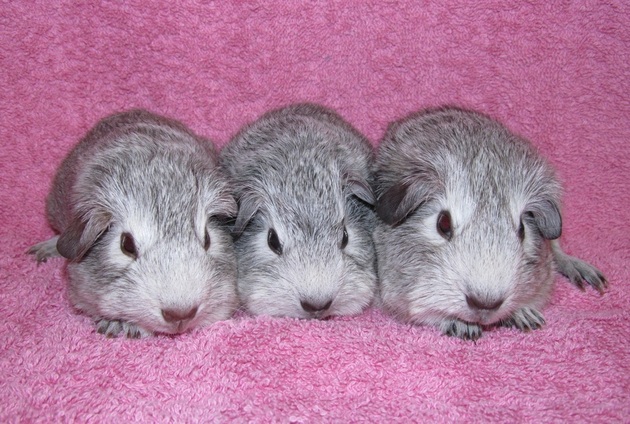 Litter from Caress and Ollie:  Born 11th May 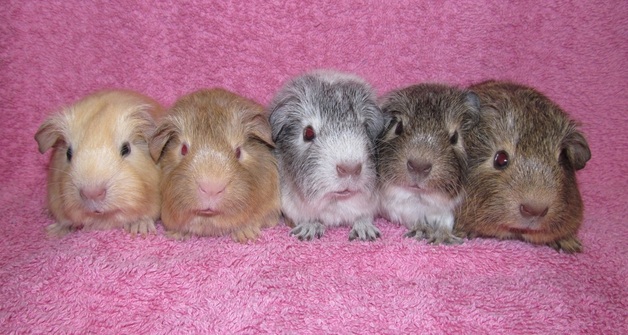 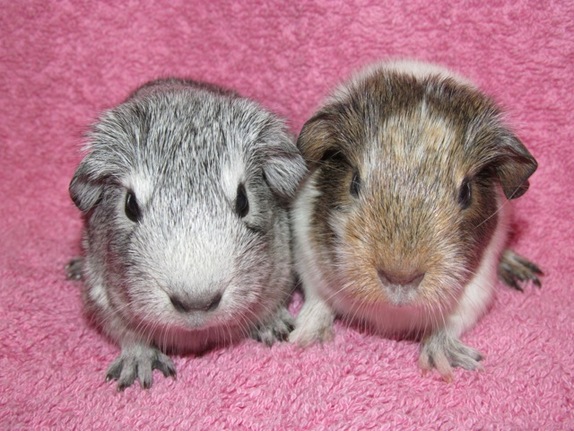 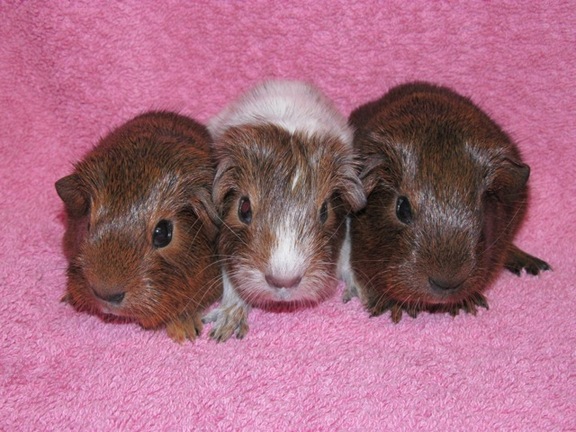 The dal sow is in the top pic as I put her in with the silver chin sow, so they can grow up together as a pair. 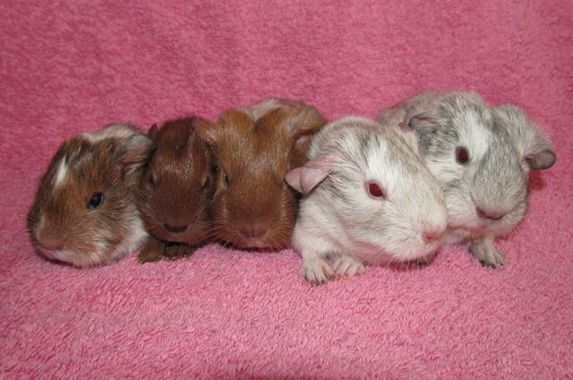 A very lovely litter and all a good size.  Unfortunately there was another dal, a huge baby that I had to help Ruby with, but it was DOA, real shame :(     At last I have some chinchilla dalmations!! :) 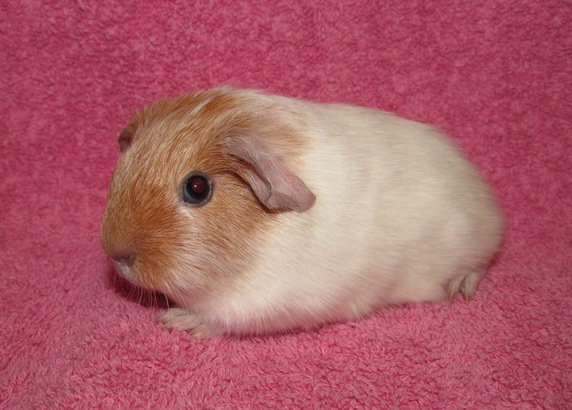